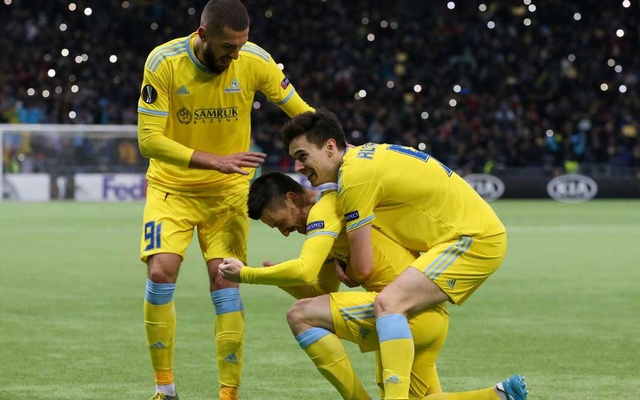 United captain Jesse Lingard fired them ahead in the 10th minute with a fizzing low shot from 20 metres before Dmitri Shomko and a Di’Shon Bernard own goal turned the match on its head shortly after halftime.

United, who had already booked their place in the last-32, stayed top on 10 points from five games, but second-placed AZ Alkmaar, who have eight from four, can leapfrog them if they beat Partizan Belgrade at home later on Thursday.

United manager Ole Gunnar Solskjaer, who left the bulk of his first-team players at home ahead of a busy Premier League schedule, was upbeat despite the defeat.

“You’ve got to put (the youngsters) on the pitch before you know if they’re good enough,” the club’s former striker told Manchester United television.

“At times we were excellent and the short spells we let them push us back cost us in the end because it was a big 10-minute spell they had in the second half.

“These boys have learnt a lot and have given me food for thought and I’m very pleased with many of them. I’m just sorry they couldn’t go away with a win because I think they deserved it.”

United’s team was packed with academy products, including three starters playing at senior level for the first time, and they took the game to Astana as Lingard delighted the 1,000 away fans with a scorcher into the bottom left corner of the net.